CIPTEC, a CIVITAS/Horizon 2020 research project, is addressing the challenge of ‘Tackling urban road congestion’ by promoting the creation of a favourable environment for Public Transport growth bringing in new thinking and innovative solutions.

Within its frame, citizens were engaged in four locally based crowdsourcing campaigns at Thessaloniki, Rotterdam, Southern Tuscany and Frankfurt, aiming at gathering innovative “fresh ideas provided by us, for us!” towards the improvement of the local public transport systems.

Transport Systems Research Group of the Aristotle University of Thessaloniki (CIPTEC coordinator) being responsible for designing and running the CIPTEC crowdsourcing campaign at Thessaloniki won the thematic “ECOPOLIS 2017 Environmental Awareness Campaign Award” for the successful implementation of the local action.

The ECOPOLIS 2017 Awards ceremony was held on 1st of June at the Municipality of Rafina-Pikermi, close-by the city of Athens. On behalf of AUTh, the ECOPOLIS award for the CIPTEC’s Greek campaign was received by Mr. Vangelis Genitsaris and Mrs. Afroditi Stamelou. In total, 26 thematic actions/projects were rewarded and one honorary prize was conferred. 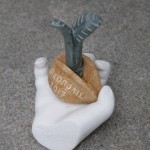 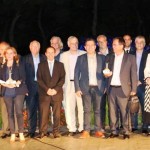 The ECOPOLIS1 Awards ceremony is annually organized by ECOCITY, a Greek environmental oriented, volunteering NGO, active in the promotion of environmental protection, sustainable development and environmental awareness raising of citizens, with emphasis on the urban context.

ECOPOLIS Awards seek to contribute to the promotion and recognition of the environmentally friendly actions and projects implemented at national level in Greece, over the past year, in several thematic fields, by State Bodies, Local Governments, Enterprises, Academic and Research Institutions as well as Public Media Services. All nominations in each award category are evaluated by a Scientific Committee, consisting of acknowledged scientists, professionals and representatives of public bodies.