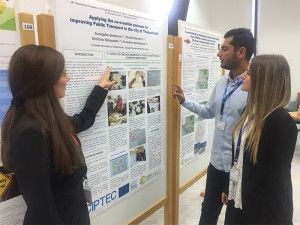 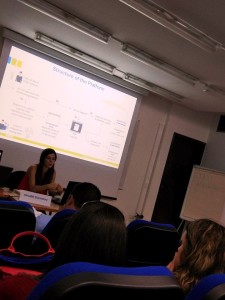 The second paper, presented at the Poster session of the Congress, is entitled “Applying the co-creation process for improving Public Transport in the city of Thessaloniki”. During this session, AUTh team presented the process and findings of the co-creation workshop, which took place in the city of Thessaloniki as a mean to enable creative thinking and exploit the “collective intelligence” of the participants. The co-creation methods used and their adaptation to the specific workshop’s needs gained the interest of the participants, who asked for more details and information.