Home » News » The winning ideas of the CIPTEC crowdsourcing campaign in Thessaloniki!

On 12 July 2017, the winning ideas which have emerged from the Greek CIPTEC crowdsourcing campaign were presented and their initiators were awarded at a ceremony which was organized for the occasion at the Aristotle University of Thessaloniki. In fact, 164 ideas were submitted in total, while approximately 6,500 people have visited the crowdsourcing platform; 875 of them were registered users and submitted their idea, commented and/or evaluated the ideas of other people. 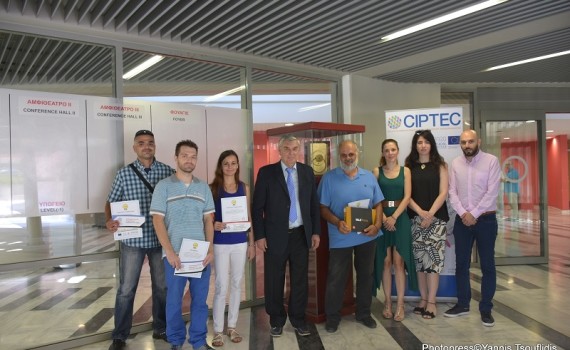 The most promising ideas have arisen based on a combination of users’ and experts’ evaluation. During the whole duration of the contest (10 October 2016 – 31 March 2017), each registered user could evaluate ideas by giving 1 to 5 stars and the 20 first ideas according to the average score of  users’ evaluation have subsequently been assessed by an experts’ committee. The committee consists of five professionals in the field of public transport. Each one of them comes from a different background but all of them have many years of experience in transport-related issues. The experts evaluated the 20 ideas based on 3 criteria (feasibility, utility and innovativeness).

Based on the aforementioned evaluation procedure the top three winning ideas were the following:

The best idea titled “On demand” transport services using minibuses (demand responsive)” was awarded with a tablet, offered by MLS Multimedia S.A., a Greek interactive media technology provider founded in Thessaloniki. According to this idea, through the demand responsive services, citizens could book a trip, submit a travel request (origin, destination, time frame). Subsequently, all the submitted requests will be grouped spatially and temporally and minibuses that serve these requests will be routed.

The second idea titled “Innovative solutions for on – board passengers counting” was awarded with a six-month unlimited travel card for public transport systems in the city of Thessaloniki, offered by the Organization of Urban Transportation of Thessaloniki. The idea suggests that innovative solutions like the use of biometric data that go beyond traditional techniques, such as sensors, video images, etc. could be used for passengers’ counting. This information could be provided via an app that offers critical information to users about the vehicle occupation so that they are given the opportunity to choose a less crowed vehicle/line and improve the conditions and the experience of their trip.

The third idea titled “Collecting Points by each ticket validation – Competitions, draws and prizes by redeeming points in combination with an electronic ticket system” was awarded with a three-month unlimited travel card for public transport systems in the city of Thessaloniki, also  offered by the Organization of Urban Transportation of Thessaloniki. Based on this idea, the selected points could be redeemed as vouchers in selected stores. Although this innovation would be more effective with the use of an electronic ticketing system, it could also be implemented without it, in a more feasible and immediate way. For example, the passenger could register using the code of the ticket in an electronic form and take part in the competition.

Moreover, two more awards were offered by draw to all registered users who submitted an idea in order to reward them for their participation. The first one was a three-month unlimited travel card for public transport systems in the city of Thessaloniki. The second one (this time the draw took place amongst the users who filled in an evaluation questionnaire) was a free ticket for two persons to watch a theatre play of the National Theatre of Northern Greece. 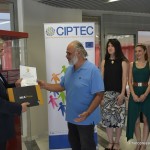 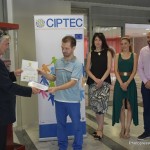 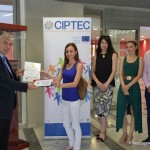 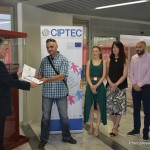