The CIPTEC public award meeting for the crowdsourcing campaign of MRDH was held on 20th April 2017. The citizens of the metropolitan region Rotterdam The Hague were encouraged to submit an innovative idea to improve public transport in the region. The MRDH was the initiator of the competition, being supported by the province of Zuid-Holland. The PT companies RET, HTM, Connexion, Arriva and the Waterbus were also involved as supporters of the action. This year the annual crowdsourcing campaign of the MRDH was combined with the crowdsourcing action of CIPTEC.

The submitted ideas had to meet the following criteria: sustainability, formulated S.M.A.R.T. (Specific, Measurable, Achievable, Responsible, Time-related ),, travel experience, originality and feasibility. The award meeting was organized by MRDH and took place at the Meeting Lab in The Hague. More than 30 participants from different backgrounds attended the CIPTEC crowdsourcing award meeting. The overall scope of the crowdsourcing campaign was to generate innovative ideas that will enhance the quality and the attractiveness of the public transport system.

There were more than 160 submitted ideas. The public transport (PT) ideas that were submitted could be viewed and rated on the CIPTEC crowdsourcing platform in Dutch languagewebsite. This way, the visitors of the website could indicate how they appreciated the PT idea. The more stars an idea got, the higher the rating for the idea. The number of stars that an idea received, weighed in the final judgement of the Public Jury in winning the CIPTEC award.

To bring more interaction during the CIPTEC crowdsourcing award meeting the participants were asked in the framework of the MRDH crowdsourcing campaign to discuss their submitted idea in a group. They could interact with different business coaches who helped them to develop their idea further. This way they could make a chance to win the MRDH crowdsourcing award (which will take place on June 15). The participants enjoyed the interviews about their PT ideas with the coaches. 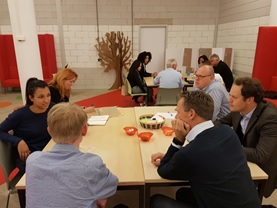 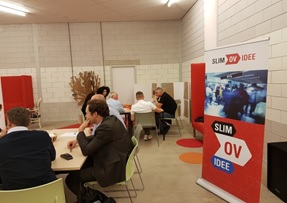 After the group discussions, the CIPTEC public award ceremony took place. And after the official ceremony the participants got the opportunity to continue further their discussions enjoying an informal networking drink.

These following ten ideas received the most votes on the MRDH CIPTEC website:

The CIPΤEC winner of MRDH campaign is…..

The idea PT seats (Public Transport seats) won the CIPTEC public award in the MRDH area. PT Seats is an app that passengers can use to find out which parts of a train or metro are less crowded and are more likely to have seats available. In the Netherlands trains cannot be reserved, so during rush hours people are often inclined to enter the train in the middle while there is more room in the back or front of the train. The PT seats app hopes to solve this in combination with sensors mounted in the seats so anyone can know exactly where there is a free space. 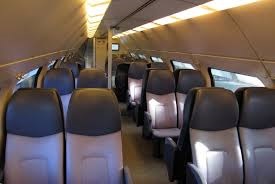 The winner of the CIPTEC award received a PT City Trip for 2 persons to Stockholm. Stockholm is an interesting city from a PT point of view. Despite the fact that Stockholm consist from different islands, each place is very easy to reach. In the city you have buses, metros and trams and there are ferries. 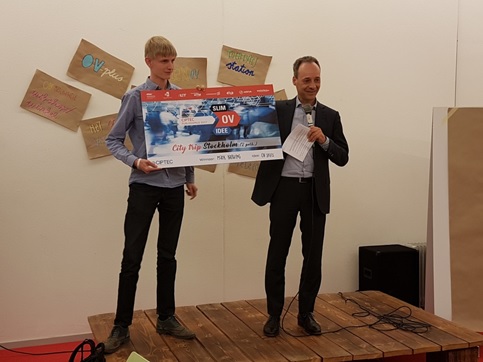 The audience award won by Mark Hartgring with his idea OV seats (). He received the award from Lodewijk Lacroix of the metropolitan region Rotterdam The Hague. 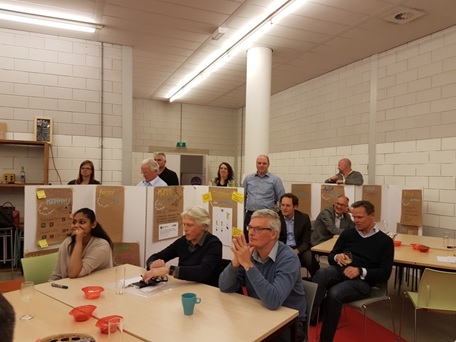