The second co-creation workshop in Rotterdam, within the CIPTEC project was entitled “Co-create ideas on City marketing, MaaS and Flexible subscriptions to encourage public transport use”.

The workshop was held on the 20th of October 2016. The workshop was organized by MRDH and took place at the head quarter of one the public transport operators. 23 participants from different backgrounds attended the CIPTEC workshop. The overall scope of the second co-creation workshop was to elaborate on the most promising ideas from the first workshop. The selected ideas were (1) City marketing from a PT perspective, (2) Mobility as a service (3) Flexible subscriptions (flexible travel cards). 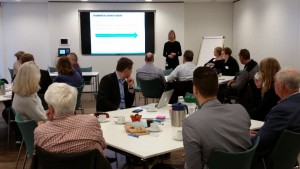 The participants were welcomed by the MRDH and they received information about project CIPTEC and the objectives of the workshop. The ice breaker activity was a combination of an introduction by the participants and showing the participants some inspirational videos with out of the box solutions for transport related issues.

The creation session took place in four rounds. During the first part of the co creation session the participants were stimulated to empathize with personas. The persona method helped the participants to take another social role and play another character. They got in touch with the feelings of the persona why they do or do not use the public transport. In the second part the participants tried to create new innovative solutions and concepts based on the knowledge gained from the personas.
In the afternoon the participants went outside to interview customers and potential customers about their created innovative idea in regard to the three subjects: Mobility as a Service, City marketing from a public transport perspective and the flexible subscriptions (second part). In the third part the participants made a short description of the co-created concept. 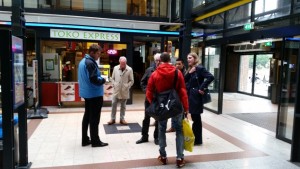 In the final part the participants finished the co created concepts by using the input from the street interviews.

The participants pitched their ideas and the results were discussed. During the discussion it proved that the concepts could be easily combined to create an even better concept than the three original pitched concepts. The first idea presented was “city marketing from a public transport perspective”. This idea promotes marketing in a city from a public transport perspective in relation with the promotion of public transport in the region. The second one is “Mobility as a Service (MaaS)”, an online platform with real-, comfort and multi – modality information. The platform contains information about all transport modalities. The third idea “Flexible subscription”; was about introducing a new subscription for public transport that will respond to the needs of the ‘individual’ traveler. 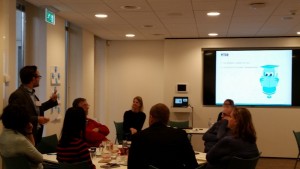